January 19, 2015
We went to my brothers for dinner on Saturday, which was lovely.  I was tasked with bringing a pudding, so while Short Round and I were shopping in Waitrose Saturday morning I spent a goodly amount of time searching through their delicious looking puddings for something without milk in (Short Round can't do cows milk, it makes him incredibly snotty).  Of course, everything, absolutely everything, has milk in so I resorted to an old favourite that my Mum makes.  She calls it Zebra Pudding.  I substituted normal natural yogurt for Goats milk yogurt (2 large tubs) and muscovado sugar for plain soft brown sugar (2 tablespoons full).  I like runny honey in mine as well (about 3 tablespoons). To make it you pour the yogurt into a shallow dish or tray, swirl in the honey and sprinkle the sugar over the top.  Leave it in the fridge for about half an hour (it will keep longer if you want it to) and all the sugar sort of dissolves leaving stripes and swirls, hence the name Zebra Pudding.  The goats milk yogurt made the dish nicely refreshing and the honey took the sharpness off.

The second part of my mini KAL is below.  This time it's a moon pattern, to go with the star.  Last one next week.  PDF will be available on Ravelry when all the parts are done. 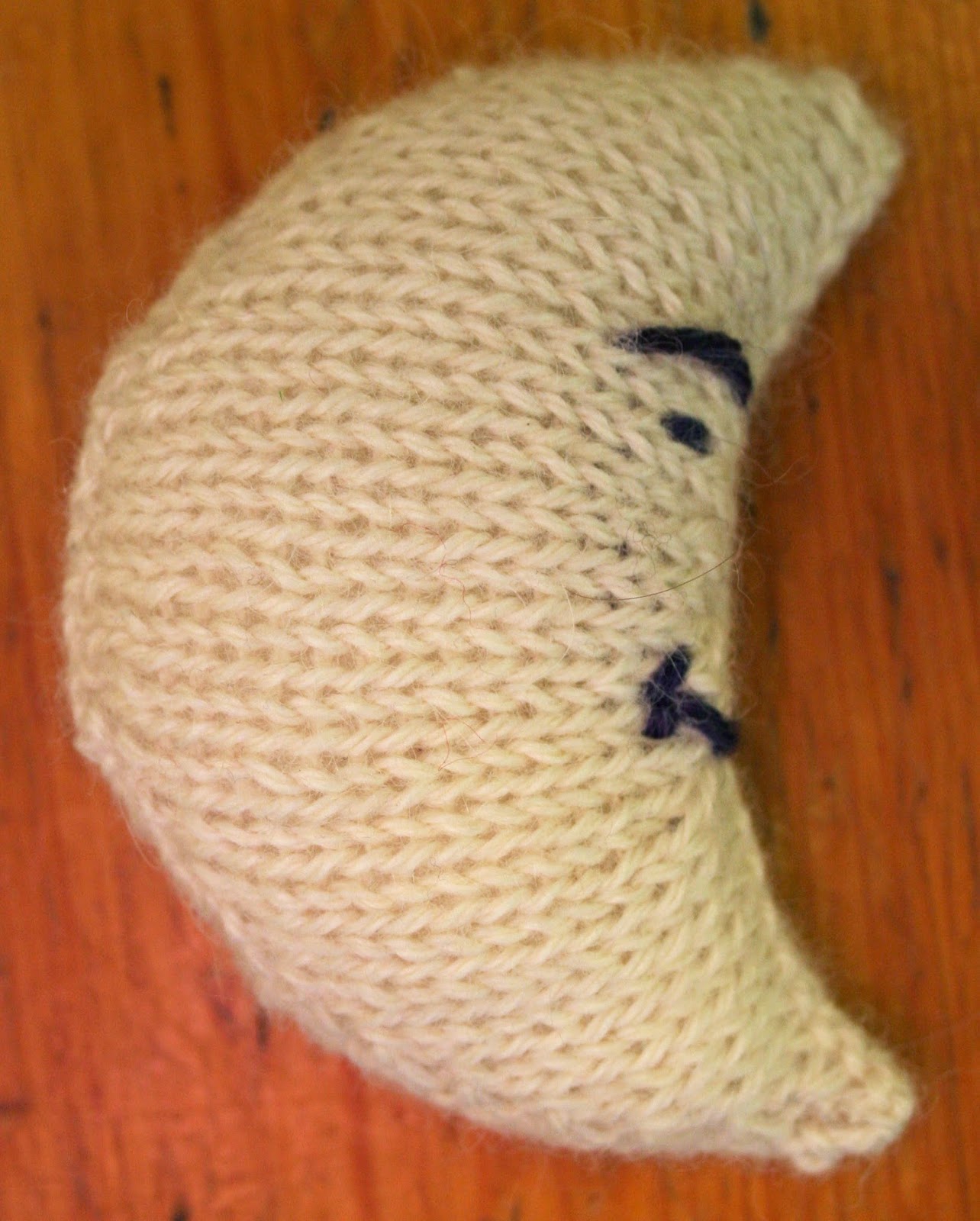 I used Petlake Alpaca double knit for this crescent moon, and 3.5mm needles. He came out about 10cm long.  You will also need some stuffing, a small length of dark yarn for the face and a yarn needle for sewing up.

Once you have two sides sew them together using the long tail. Leave part of one side open for
stuffing. I used an over sew stitch as it gave me nice definition on the points and edges. I tucked the
tails inside the body as I worked so I didn't need to weave them in, and they provided extra stuffing.
Stuff lightly, making sure the stuffing is distributed evenly. Over sew the stuffing gap.