I had an interesting Facebook exchange with someone yesterday regarding some new thread buttons I've been teaching myself to make. These buttons are called shirtlace buttons, also known as zwirnkopfe, which means thread button. They are often mistaken for Dorset buttons, because they're hand stitched around a ring, but they are made differently and from a not from Dorset. I thought it might be a good idea to try and explain the difference here.

Dorset buttons are made by stitching in a blanket stitch around a ring (casting), turning the ridge around the edge into the middle (slicking), wrapping the thread around the ring to form spokes (laying), and then stitching in a back stitch over the spokes to form the inside pattern. Dorset buttons were made all over East Dorset, and sent all over the world. They were started by Abraham Case in 1622 and were an industry until 1851. 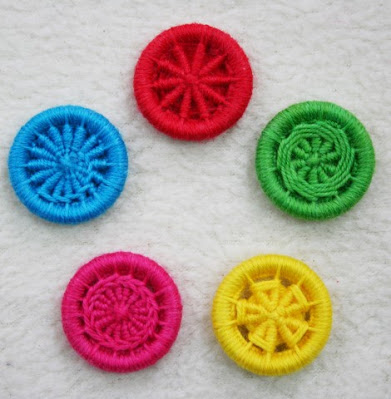 I know very little about the history of Shirtlace buttons, other than they were made in Germany, Austria and northern Europe. They are made by wrapping the thread around a ring first, which creates the pattern. Then the exposed sections of the ring are blanket stitched around and the wrapped threads are secured in place with stitches at the same time. 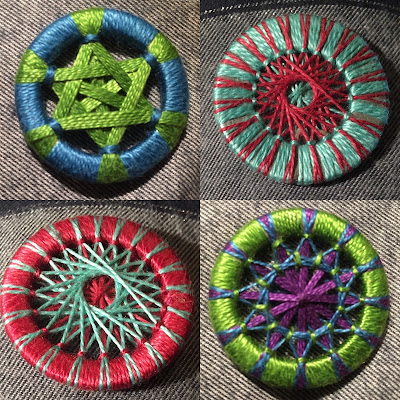 For instructions on other types of thread button I can highly recommend Gina B Silkworks. Her video tutorials are clear and easy to follow.