May 04, 2012
I made a little person today.  My first.  He had a tag round his neck saying 'please take me home, I'm all yours'.  I left him in the post office.  It was a wrench, more than I was expecting if I'm honest.  I'm curious to know what becomes of him.
If you are the person who picked him up here is his story.

Once upon a time there was a bear called Claude.  He was a brave and resourceful bear but he had one flaw.  He had fallen in love with the Princess Maud, daughter of the King.  Of course Claude had no chance of ever marrying Princess Maud.  He was a lowly knight, beneath the notice of the Royal family.  This, however, didn't deter him from trying to impress Maud.  He would fight harder than any of the other knights in tournaments.  He would hunt farther than any of the King's best hunters.  He was the fastest and bravest of knights.  At last Princess Maud asked him to tea in her rooms and as she talked to him she realised how much she enjoyed his company.  Unfortunately the King got to hear about Claude's amorous intentions and he summoned him to the Grand Hall of the Palace.  The King couldn't have Claude killed, as it would upset all of his other knights and they might not fight for him anymore.  As he was planning on going to war with the neighbouring country he decided that antagonising his knights was a very bad idea.  Not to mention the fuss that Princess Maud would create if she discovered that her father had killed the person she was falling in love with.  He told Claude that if he wanted to marry Princess Maud he would have to bring the King the horn of a unicorn, from the Forests of Doom.  So Claude kissed Maud goodbye and picked up his pack and went out into the world, in search of the horn of the unicorn. 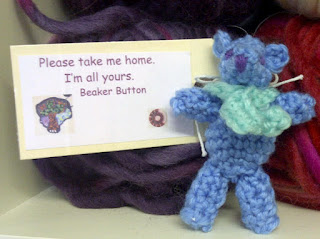 Horn of the unicorn idea supplied by Alex Best