May 06, 2012
Here is the second of the little people.  Milo is a very friendly lion and won't bite, as long as you feed him marshmallows every day and treat him nicely.  For whoever picks him up here is his story.

Milo was a very little lion when he lost his parents.  He wandered off one day, searching for trouble like little lions do, and when he came home his whole pride had gone, leaving all their things behind (not that lions have much obviously, just the odd bit of nicely shaped bone that reminds them of their best hunt, or the small round pebbles they happened to come across while strolling to the river for a drink, that sort of thing).  Milo was terribly upset at losing his parents, and all his friends.  He lay down near his mothers pile of stones and his fathers pile of bones and cried himself to sleep.  When he woke the next morning he still had no idea what he was going to do.  A little lion on his own was in a lot of danger, from predators, and flash floods and elephants that might squash him flat.  He decided that he must find his pride but he had no idea how to look.  At that moment a brightly coloured toucan bird flew down to Milo and asked him what the trouble was.  Milo sobbed and hiccoughed his way through the story of his pride's disappearance and his complete lack of a plan.  The bird, whose name was Drib, told him he must follow his nose, like the hyenas did when hunting.  Milo brightened up a little at having a plan and stopped sniffling, much to Drib's relief.  He sniffed all round the ground and finally found a trail, which smelled like his mother and father and friends.  He thanked Drib for his advice and, choosing a particularly nice bone and a very small, round pebble, set out along the trail with his nose to the ground,in search of his pride. 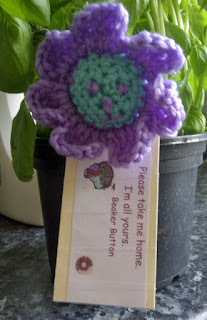