Day out with Dad

May 26, 2011
It's been a little while as I've been away on a conference.  I took Alex down to Sherborne Castle on Sunday last week and met up with my Dad.  It was the most fun I've had in a very long time.  The castle is beautiful, set in very picturesque grounds with lots of interpretation and a fantastic guide book.  Needless to say I took loads of photos.  We decided to head out of Sherborne to the services at Sparkford for lunch but on the way we came across a pub, The Rose and Crown, at Trent.  Alex was a big hit in his medieval knights outfit.  One of the managers went as far as making him a tin foil sword, prompting the other manager to remark that he had a little too much time on his hands.  The food was divine.  I don't think I've ever enjoyed the veg more than the meat before, and the meat was delicious.  Alex ate all the sugar snap peas.  We had a very pleasant wander around St. Andrews Church (again more photos) and then went on to Cadbury Castle.  I haven't been to Cadbury since I was a child and it brought back some very nostalgic memories.  Alex found a fossil, probably a tooth, which thrilled him enormously and made up for him dropping his dinosaur bone down the side of the hillfort ( he makes up the most fabulous names when he's 'discovered' a new dinosaur bone, usually a rock).  We decided as we were close to have a cup of tea and a slice of cake in Shaftesbury, my home town, after the arduous trip up and down the hillfort.  I was very please because the guide book in the coffee shop had Dorset Buttons in it.  We walked off the cake on Gold Hill and Park Walk (again with the nostalgia).  Alex made a new friend in the park and I mourned the loss of the giant fir tree my best friend and I used to climb.  It is now a mere stump.  The other climbing tree was still there but I'm sure it was taller!  Both Alex and I had a thoroughly fabulous day and came home exhausted but happy.  Can't wait for the next adventure. 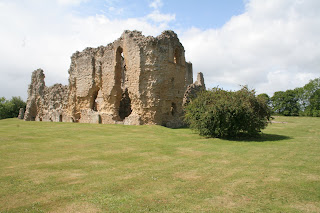 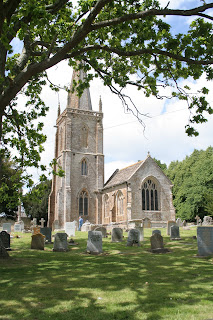 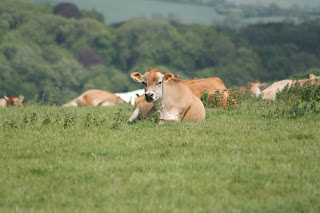 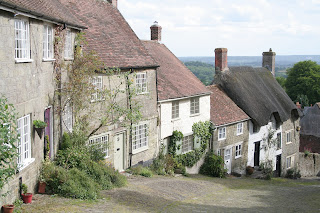