February 16, 2014
I've designed a pattern which requires a crochet cord to run through the top (it's a bag and it'll be available as soon as it's tested).  Anyway, I looked at I-cords for crochet, and found some really good websites with very clear tutorials like June Gilbanks video (here).  However, the I-cord wouldn't work for me as you have to take your stitches of the needle, which was proving problematic with the yarn I was using.  So I came up with this instead.  It's highly probable that someone else has thought of it first, but I haven't seen it yet so I thought I'd share it with you.  It's really fast, much faster than a knitted I-cord, and doesn't require you to take any stitches off the hook.  I've only taken photos of the complicated bit.

Now here's where it gets turned into a cord.

Basically you're going to slip stitch the outside of each double crochet together.  The trick is to keep the slip stitch loose so that the cord stays flat. 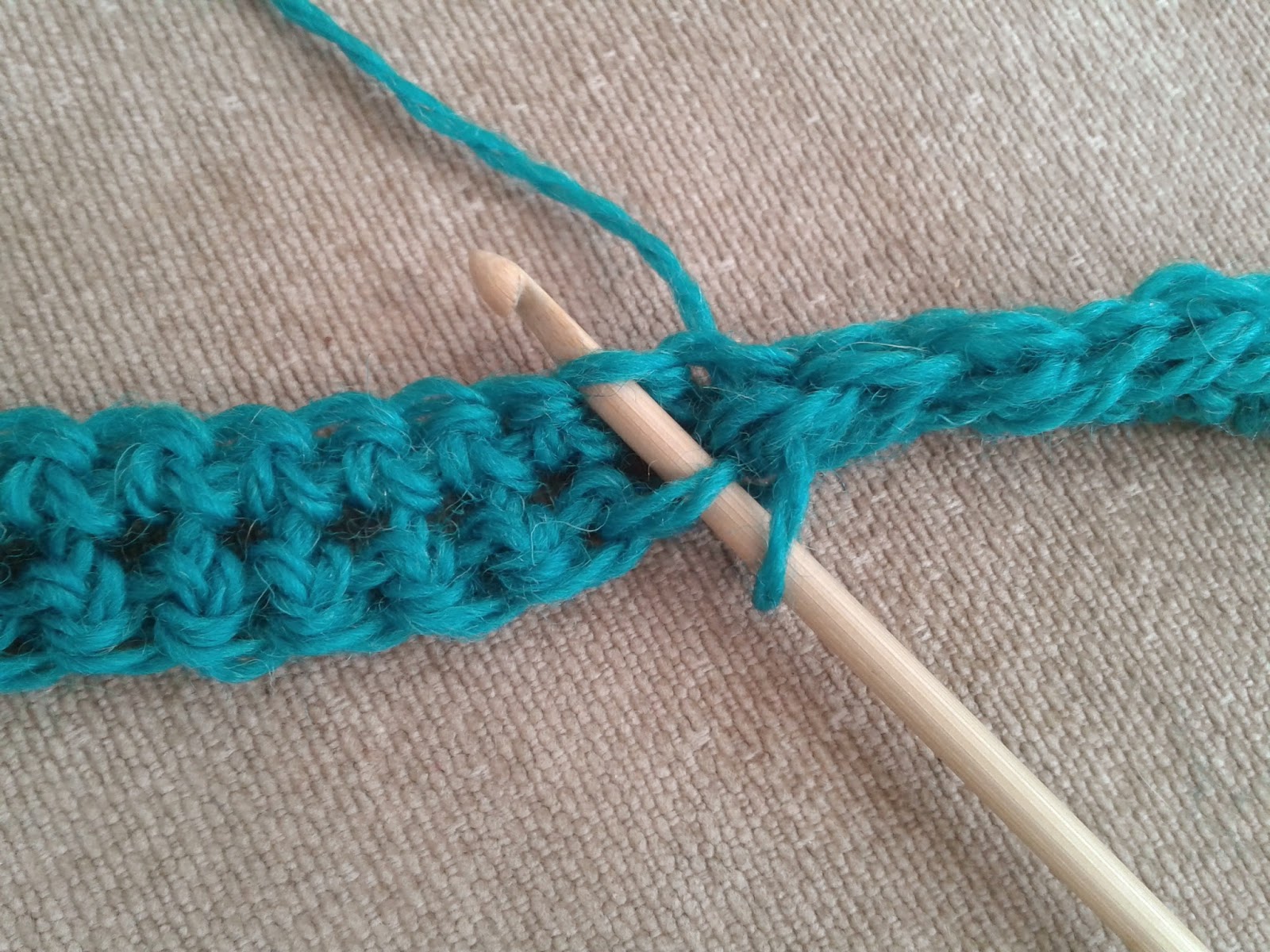 Pick up the outside leg of each double crochet on either side of the cord. 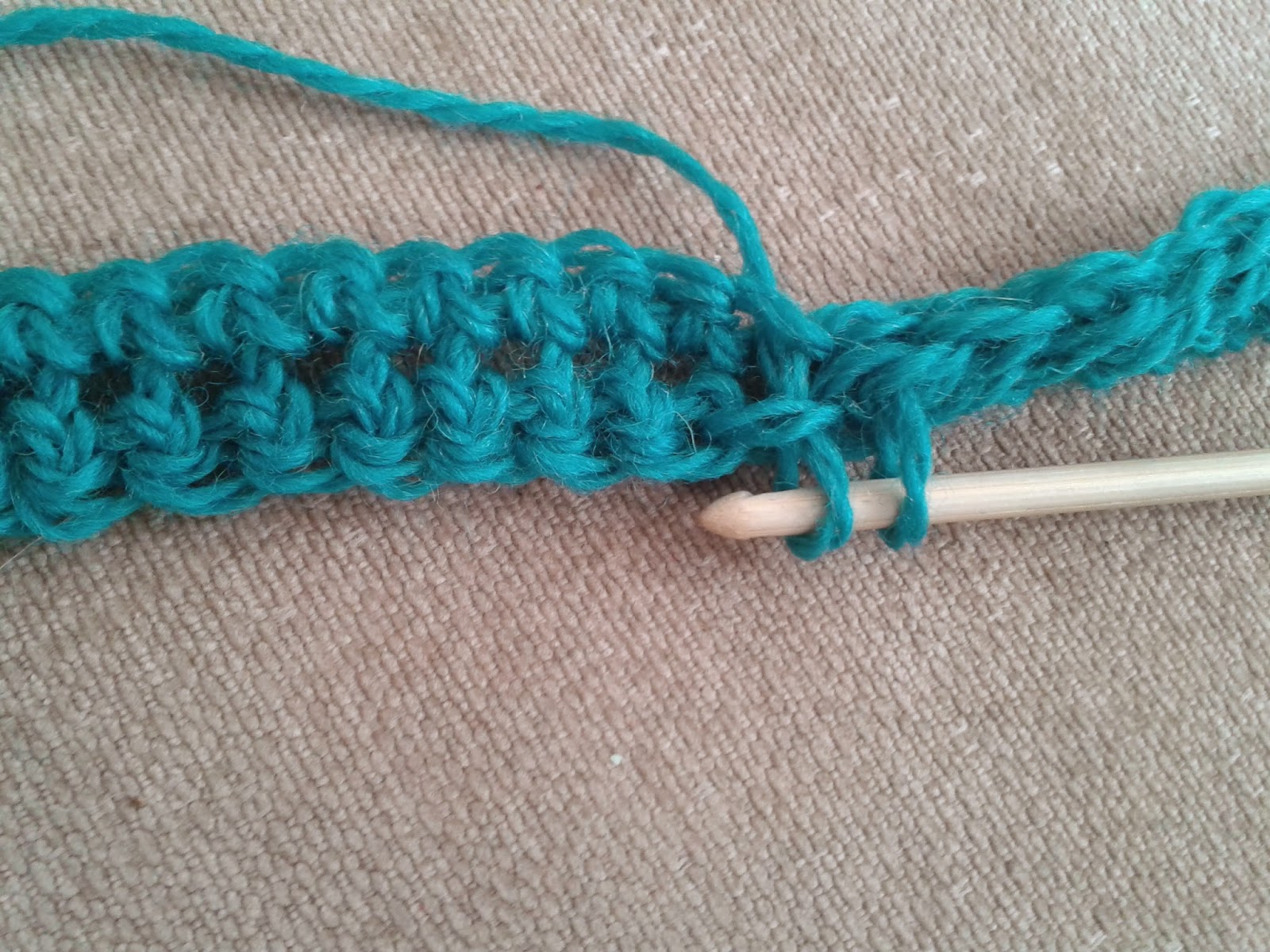 Pick up the yarn and draw it through both double crochet. 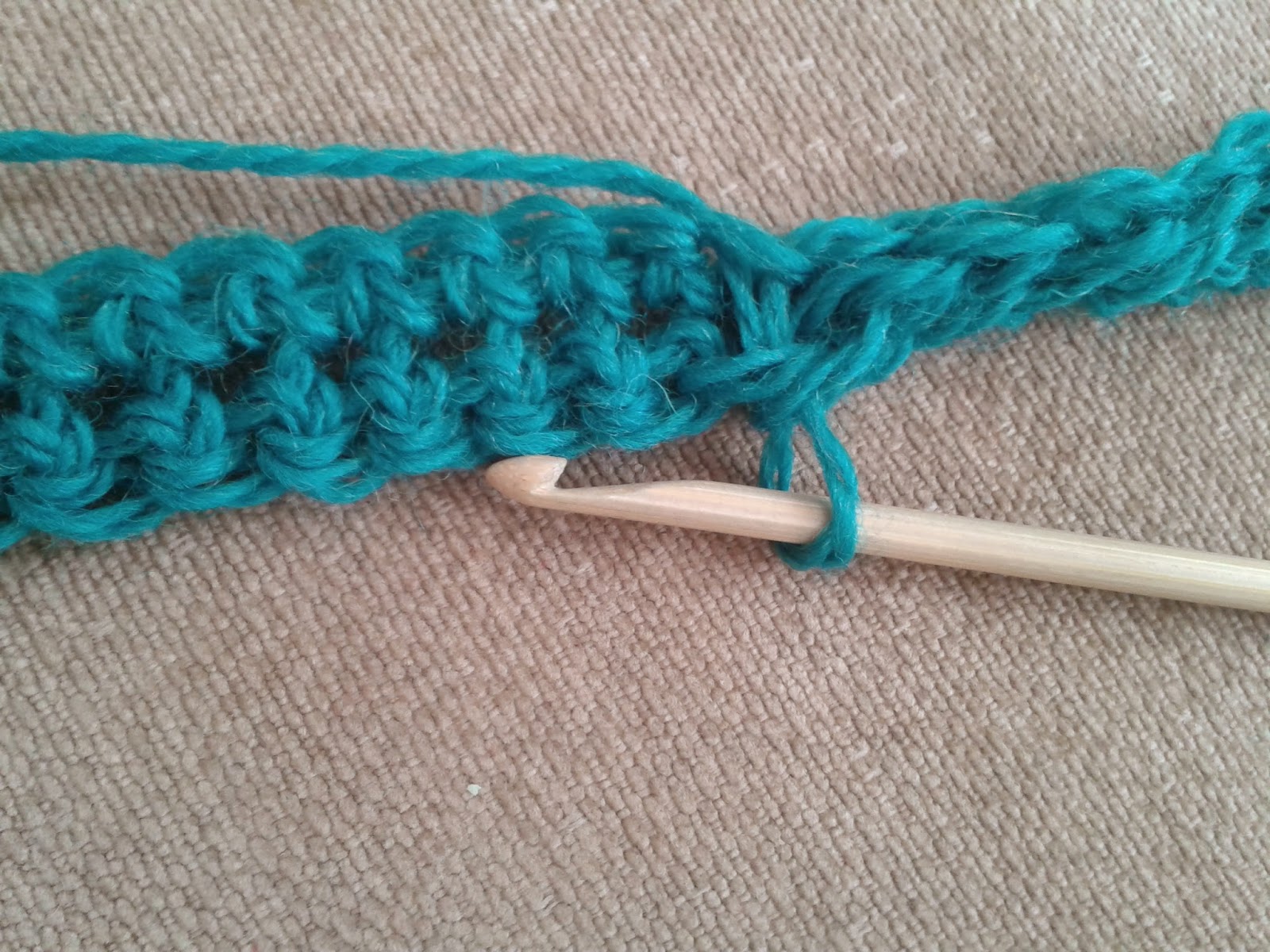 Pull through the last loop on the hook.  Allow the yarn to pull through a little more, especially if you have naturally tight tension.
Repeat the first step until the cord is slip stitched together.  Fasten off and weave in tail.

This is what it looks like when done.  And the bag as well! 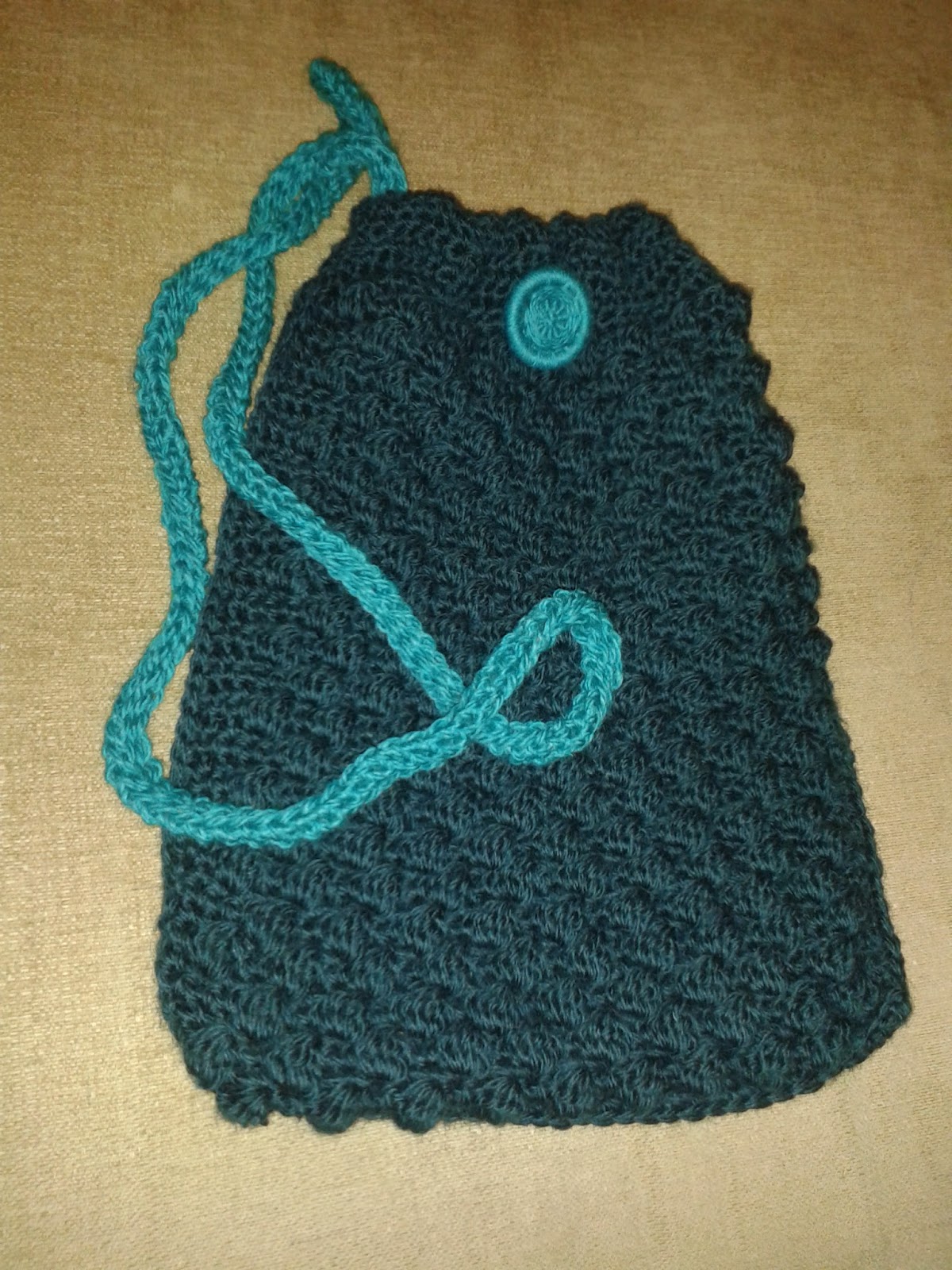